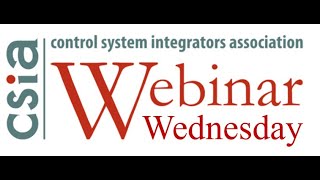 Today’s headlines are full of gloomy examples of robots and automation replacing humans. Take this recent story in USA Today about how one Sin City resort chain is installing automated beverage systems and displacing service workers. Or this video of Ford’s eerily human-like, two-legged delivery robot coming to your door any minute now.

Will Robots Take our Jobs?

With so much doomsday messaging, it’s easy to feel like the world is just one motherboard away from Stanley Kubrick’s HAL 9000 and humankind is going to be left to scrounge for scrap metal and huddle under discarded space capsules.

Not so fast, says Jeff Burnstein, president of the Association of Advancing Automation, the umbrella organization for the Robotic Industries Association, Advancing Vision and Imaging, and Motion Control and Motor Association. While he acknowledges that the application of robotics is surging, he believes it will result in a net increase in jobs.

“Robots are going to change the nature of many jobs,” predicts Burnstein. “But there will be more jobs in the future than there are today. We’ve been hearing these threats about technology replacing people forever. Every time the so-called threat emerges, we are really great at creating new jobs.”

What the pundits and naysayers are not so good at, says Burnstein, is predicting what they are going to be.

What About Automation Jobs?

It’s not just brainy STEM types who will be in demand either. Those with hands-on capabilities will be sought-after as well.

“In the robotics industry, the No. 1 skills in demand are those you can get at technical schools and community colleges,” says Burnstein. The industry needs “people who can install robots and maintain them. It’s not just programming, it’s people who can monitor the machines and make sure they are performing accurately.”

Plus, many of the jobs robots are doing are the ones humans don’t want.

“That’s one of the reasons companies have such a difficult time finding people to do dull, dirty, dangerous jobs,” explains Burnstein. “You can’t get anybody to apply for those, so what are these companies going to do if they don’t automate?”

The Link Between Robotics and Unemployment

The data back this up, according to Burnstein. He says that during the greatest period of expansion of robot use – 2010 to today – unemployment has dropped from almost 10% to under 4%.

Anecdotally, Burnstein also hears from industry professionals that the growth-limiting factor is finding and retaining talent. A topic the comes up again and again among Control System Integrators Association (CSIA) members as well.

The Golden Age of Robotics in Automation

In fact, far from being a dreary outlook, says Burnstein, the future of robotics is as bright as R2-D2’s shiny bald head, including for system integrators.

“Now is the golden age of robotics in automation. … and not just in the U.S. but globally. Companies of all sizes are looking at how they can automate to become more globally competitive,” says Burnstein. “And I believe this trend is in the early phases. This is going to continue throughout this century.

“[There is] a very bright future for the members of CSIA as well as members of A3,” he predicts. “There is so much demand for skilled and qualified integrators that this would be a great time to be in the integrator business.”

To hear more from Jeff Burnstein, listen to episode 28 of Talking Industrial Automation.